Some of you Beliebers were lucky enough to party with Justin as he serenaded a Bay Area crowd at Oracle Arena in early March. Meanwhile, the rest of us are still eagerly awaiting our first big San Francisco concert of the season. The storm clouds have (finally!) cleared and we are beyond ready for the onset of spring and the countdown to summer fun, San Francisco-style.

If you’re already experiencing Coachella FOMO, rest assured you’ll have plenty of options for high-profiles concerts in San Francisco. The month of April brings us festival-worthy performers like Jack U (Skrillex & Diplo), Miike Snow, Chvrches, Carrie Underwood and even throwback favorite Cypress Hill. Rihanna and Macklemore are both gearing up for huge Bay Area shows in May, with dance favorites Disclosure and Above & Beyond keeping the party going all month. June is coming in hot with Zac Brown Band, Bob Dylan and Slightly Stoopid on tap. But of course there’s a little hip-hop flavor in June, too. The KMEL Summer Jam boasts Fetty Wap, YG, Yo Gotti and more. 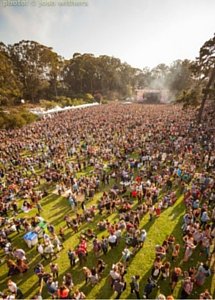 July is all about chill summer concert vibes, with The National, Dashboard Confessional, Weezer, Bryan Adams and Rascal Flatts on their way to the Bay. But let’s be honest, we’re all just counting down the days until August so we can get our San Francisco festival on at Outside Lands! While they haven’t released the official 2016 Outside Lands lineup yet, we guarantee you’ll be impressed with the diversity of bands, DJs and comedians, per usual. If festivals aren’t your scene, ditch the crowds and check out Adele, Alabama Shakes and Dave Matthews Band performing single-serving San Francisco concerts in August.

Is it just us or are you already dancing with excitement, too? Call your friends, mark your calendars, pre-order your tickets and get ready for a wild season of 2016 summer concerts in San Francisco! Wait, what’s missing from that checklist? Oh right, transportation. The only thing worse than missing the Justin Bieber show in Oakland is forgetting to book a San Francisco limo bus to take your crew to your favorite summer concert! 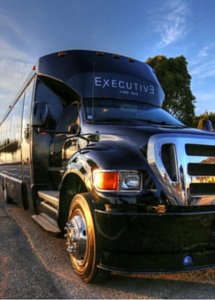